Usually, it’s towards the end of the year that the lists start to circulate – favourite this, top 100 that, best this, best that. At Mckays Seeds we like to get ours in early to avoid saturation and with spring well and truly upon us, without further ado we are happy to roll out our list of top five Australian native grasses.

We live in a country that is known for its extreme weather conditions – hot and dry or biting cold winds or chill in the South, and balmy and humid in the North and West.

So, why would we encourage Australians to consider native grasses?

Fundamentally, they are far better suited to the Australian climate, are drought tolerant, need less water than exotic or foreign species, will adapt to the surrounds naturally, be healthier and prosper accordingly. They will also benefit the local wildlife and the environment.

It is a little-known fact that Aboriginal people prior to white settlement cultivated native plants and milled the grass to make flour, to show how the native grain can be used to make bread.

Evidence had been found in a grindstone discovered at an archaeological site in New South Wales that was shown to have been used to grind seeds into starch for cooking more than 30,000 years ago.

For warmer parts of the country, season grass will be the answer. These grow in periods of warm weather and will go dormant and lose colour when exposed to the cold.

Where doesn’t it grow?Kangaroo grass will grow in just about every conceivable location of Australia – from the desert to the Alps! It reaches a height of 40-90cm and is able to be mown down to a high lawn height of 8-10cm. If mowing isn’t your thing, you’ll be happy to know that you won’t have to mow more than a couple of times a year.

Best used for: Landscaping, revegetation – use as an ornamental feature in your rockeries, as part of a native habitat garden or can be grown in a more formal garden for its interesting colour and texture.

Redgrass is a reddish green blade that will happily grow in coastal areas and tableland and naturally grows low.

Redgrass is drought tolerant. It’s roots grow rapidly and can grow up to 1.5 metres below the soil surface and can reach a height of 10cm. Redgrass won’t cope well with cold snaps and frosts, but will grow under low fertility conditions and responds positively to grazing and mowing.

Best used for: ornamental for landscaping, soil conservation,soil conservation in heavily grazed areas in summer, as well as on degraded sites and river banks. Redgrass has been used successfully in light roughs in golf courses, as well as lawns and in rehabilitation.

3. Wallaby Grass (Austrodanthonia caespitose) – the quintessential Aussie battler
Where does it grow?

Wallaby grass has the enviable quality of being one of the most robust, tough and durable Australian native grasses and will grow in all temperate climates across Australia. It is drought and frost tolerant, will also thrive in poor soil, and will grow without the need for irrigation – no matter how harsh the summer has been.

Best used for: trapping silt and impurities in streams and for stabilising creek, landscaping, revegetation, pasture, and horticulture.

Where will it grow?

While weeping grass is perfect for cooler climates and thrives in wetter areas of the country, it is another tough and durable campaigner and is drought, frost, salt and acid tolerant.

Weeping grass is able to be mown to any height and will result in a thick mat-like surface, and requires little maintenance.

5. Spear Grass (Austrostipa spp.) – so durable it even stands in the way of fire

Spear grass should be known as supergrass for its durability and ability to resist grass fires. It is better suited to tropical and subtropical areas and is another summer-growing grass.

It will grow to approximately I metre, has an extremely high drought and heat tolerance, and has a high tolerance to poor condition soil.

Best used for:  Landscaping, Revegetation, Horticulture, and will make an attractive feature.

For more direction on how to maintain your Australian native grass, check out our blog on Growing a hardy and Beautiful Native Grass. 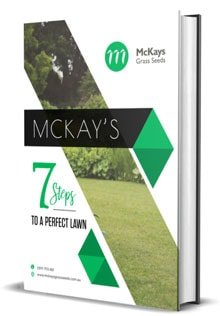