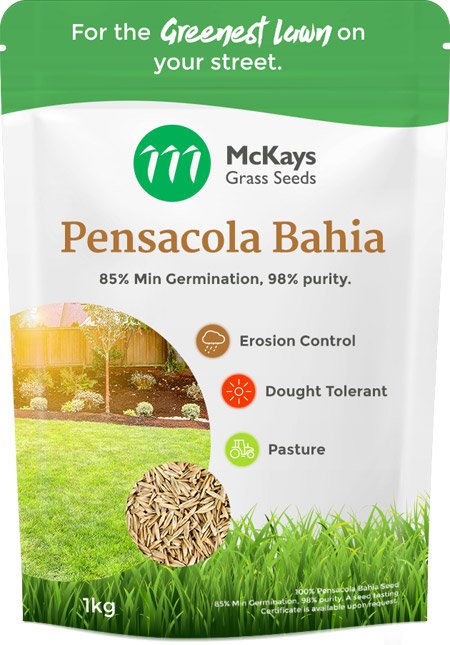 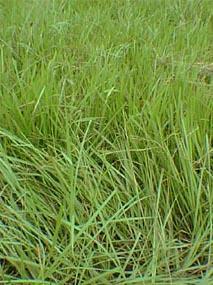 Item has been added to cart.

2 reviews
Pensacola Bahia Grass Seed is used for lawn, pasture and erosion control applications in tropical climates such as QLD, NT and WA. It is a great choice for horse pastures, boundary areas and erosion control seeding. It can be used on sporting ovals in combination with other grasses such as Bermuda Couch as it establishes quickly and assists in protecting other varieties of seed during germination in warmer climates.
Pensacola has a high tolerance to acid soils and is suited to well drained light textured soils. Pensacola Bahia grass seed is excellent for sandy soils that many other grass varieties struggle to survive.
Pensacola Bahia has an extensive root system which makes it extremely drought resistant. It tolerates hot and cold temperatures well, and while frost can damage the top growth of the leaf, it recovers well.
Pensacola Bahia has a medium to fine blade width and medium green color. It starts its growth in early Spring and continues its growth vigorously until mid-summer. It is shade tolerant and develops prolific seed heads through its active growth phase.
Pensacola Bahia seed is the most widely used of all the Bahia grass seed varieties.
Sowing Rate: Pensacola Bahiagrass seed should be applied at 2.5 to 4.5kg per 100m2 of lawn or 10-40kg per acre.
Please note: Seeds may be coated to protect and encourage rapid germination. Seed lots may vary.

Pensacola Bahia is a perennial grass native to South and North America and is a flexible ground cover option. It has a  low growing, prostrate growth habit and a strong root system which spreads slowly by stolons. It can be used as a lawn, as a pasture, for sporting grounds or simply for erosion control and is grown and planted on more acres than any of the other varieties of Bahia.

It has long, narrow leaves with an extensive root system that grows to depths of 7-10 feet.

Pensacola Bahia deals excellently with tropical conditions. It is able to handle long dry spells with ease, and will also cope well with the deeply soaked soils that are part and parcel of a tropical wet season. For a tropical grass it’s also very shade tolerant, so will do well in areas that may be overgrown with trees and shrubs or bordered by any other structures.

As winter arrives, Bahia enters an annual dormant period and turns brownish tan. However, it stays green longer than Bermudagrass and greens up earlier than Bermuda in spring. In colder areas the Pensacola variety produces more early and late season forage growth than the other Bahia varieties. Pensacola Bahia has more cold-tolerance than the other Bahia’s and will grow in areas that experience frosts however the top of the leaf is usually damaged but recovers fast when growth resumes with the onset of warmer weather in spring.

It’s a competitive and aggressive grower, meaning it will usually overpower any weeds or unwanted growth that might invade your land. If you’re using Pensacola Bahia for pastures you can be sure that your animals are feeding on it rather than on a plant that may not be as nutritious.

Pensacola Bahia features a fine, bright green blade that offers a stunning look to any area, whether it’s a paddock on the farm or a residential front yard.

Optimal pH: Test your soil before planting Bahiagrass. This grass does well in poor, sandy soils with limited nutrients and pH near 5.5 to 6.5. In soils with pH above 7.0, Bahia suffers iron deficiencies that result in pale yellow color.

Sowing Tips: Pensacola Bahia grows best on fertile, light sandy and acidic soils,  but will grow on less fertile and clay soils.  It is not well-adapted to alkaline soils. The Pensacola Bahia seed is very small. To ensure best coverage and avoid seed wastage we recommend mixing with topsoil/sandy loam and dispersing with  an appropriate seed spreader for the size of your area.

Optimal Planting Time: The best time for sowing Pensacola Bahia is early Spring as growth accelerates rapidly during this time, however germination will still occur in climates with mild Autumn and Winter temperatures.

Germination: Average germination period for Pensacola Bahia is considered to be 28 days.  During hotter summer months  when rainfall is also plentiful, Pensacola Bahia seed can germinate in as quick as 10-14 days.   Higher soil temperatures coupled with moist conditions will also cause more of the seed to germinate.

Water:   Pensacola Bahia is especially well-suited to large, less maintained areas with limited irrigation. It is  tolerant of moderate salinity.

Grazing: Pensacola Bahia grass is suitable as a permanent pasture for intensive grazing and for hay production particularly in the higher rainfall areas.When grown for grazing, it combines well with legumes for added nutritional value.  It’s a quick grower, and is able to be grazed upon heavily by livestock without being negatively affected. it can withstand heavy herd trampling and  recovers well if over grazed. With Pensacola Bahia you can be sure that your animals will have a constant supply of feed throughout the year.

Mowing Frequency: Bahiagrass used as a lawn is a fast grower. Mow at the recommended height of 2 to 3 inches to improve stress tolerance and encourage deep roots. 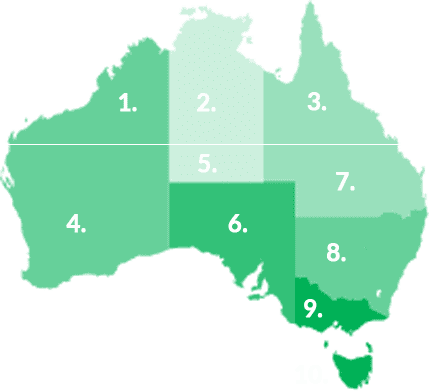 A wealth of information

Planted some and it is growing well.

There are no reviews yet.

Be the first to review “Pensacola Bahia” Cancel reply