What Makes a Cool Season Grass?

Many people who have shopped for lawns will have heard the terms “warm season” and “cool season.” On the surface these terms seem relatively self-explanatory; warm season grasses are those that enjoy warmer conditions, and cool season grasses are those that enjoy cooler conditions. And while this line of thought is largely correct, there’s more to these labels than first meets the eye.

Australia, being the relatively warm place it is, is a land that is most often associated with warm season grasses such as Couch, Buffalo, Kikuyu and Zoysia. But a large percentage of the population lives south of the subtropics, where cool season grasses are often a wiser choice. 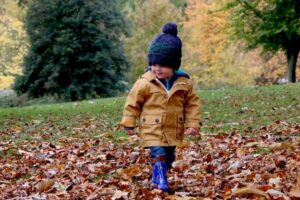 The label of “cool season” doesn’t have a terrifically strict definition, and encompasses a wide variety of grasses. Generally speaking they share a few of the following characteristics:

A healthy tolerance to frost
Good shade tolerance
The ability to cope with waterlogged soils
A peak growing period in early/mid spring (when sunlight is more abundant but the soil is still cool)
Germination in soils below 20C
A tendency to brown off in the heat
A lack of rhizomes/stolons which allow a grass to spread over an area (not applicable to all cool season varieties)
While these characteristics are far from uniform across all cool season varieties, a collection of them in the one grass is a good indication that it is a cool season plant. 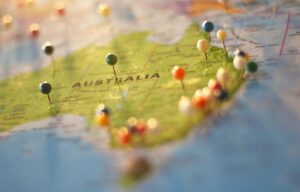 So would you be wise to choose a cool season grass for your property? Depending on where you live, the answer could either be clear or confusing.

If you live anywhere that might be considered tropical or subtropical – essentially Sydney and above – you’d be far wiser to choose a warm season grass for your yard. The year-round heat will mean that a cool season grass will be constantly stressed, and may never even take in the first place.

Next comes the “transition zone”, where the answer becomes a little less certain. Melbourne, and even Adelaide and Perth to some extent, experience hot summers but also cool winters which can include frosts. Any area that is frost prone is perfect for cool season grasses, as warm season varieties simply won’t cope with such cold snaps. But because each of these cities has the ability to reach 40C over summer, any lawn owner who has elected to plant a cool season grass will have their work cut out for them over the hotter months.

Those who experience a cold winter and a mild summer (people in Tasmania and in mountainous, elevated areas) are perfectly placed to plant a cool season grass. The lack of extreme heat in these areas will limit the upkeep required over summer, and will allow your lawn to get through winter unscathed.

While not particularly common in Australia, cool season grasses still have their place. If you’ve got any further questions as to whether a cool season variety would represent a wise choice for your patch, don’t hesitate to contact the friendly team at McKays!

If so, please click here to view the store servicing WA.
Otherwise, click anywhere else (or hit ESC key) to shop for all other states in Australia.

View Cart Checkout Continue Shopping
Shopping cart
There are no products in the cart!
Continue shopping
0