Central New South Wales is a comfortable place to be. The humid subtropical climate delivers warm summers and mild winters, and rainfall is fairly consistent year-round. This makes it not just a great climate for the human population, but for the plant population as well.

With its position between the true tropical climes of the north of the country, and the true temperate climes of the south, Central NSW finds itself with the best of both worlds – a good amount of sunshine all year round, steady rainfall, and a lack of frosty morning conditions.

This being the case, the residents of Central NSW are somewhat spoilt for choice when it comes to lawn options. There are many candidates that are more than up to the task, and each come with their own sets of strengths and weaknesses. Let’s have a look at the options, and what makes each tick. 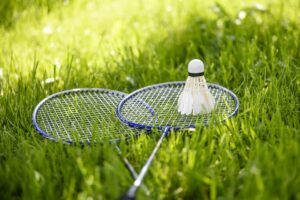 An oldy but a goody, kikuyu has been a go-to lawn for New South Welshmen for years.

In the pros column, and the reason that it became so popular in the first place, is the fact that it is a beautiful combination of cheap, tough, and fast growing. It is about as low maintenance as a turf can be, and is one of the quickest repairing grasses available – great for high traffic areas or sports fields. For a hardy grass it’s also surprisingly soft underfoot.

The cons really are minor for kikuyu. The aggressive growth may become an issue in flower beds and veggie patches, as kikuyu will spread wherever it can. A barrier around your lawn is recommended. It’s also very susceptible to frosts, but this isn’t a concern for most people in Central NSW.

Decades ago, if someone in Central NSW didn’t go for kikuyu, they went for couch. Pronounced “cooch”, couch has been an Australian favourite for as long as Aussies have been manicuring lawns. And there are good reasons why.

Pros: Couch loves the heat, and is about as drought-tolerant a grass as you can get. It loves nothing more than full sun, and is very difficult to brown off, retaining its rich, deep green colour year-round. Like kikuyu, it is also very hardy and great for high traffic areas.

Cons: Couch’s love of sun can also be a drawback, however, as it may struggle to grow in a shaded backyard. With a shade tolerance of just 10 percent, it should be planted in open areas. Like kikuyu its aggressive nature can also make it invasive, and it will need to be actively stopped from taking over your entire garden. In zoysia you’ve got an Australian native that has evolved to deal with subtropical and tropical Australian conditions over millennia. It is an excellent option for a Central NSW backyard.

Pros: Zoysia is super soft underfoot, forming a dense, spongy mat that makes for a perfect play area for the kids. It is far more tolerant to shade than kikuyu or couch, and is also a slower grower, meaning less worry about the lawn invading other parts of your garden.

If your region of Central NSW is prone to slightly frostier conditions, fescue, a cool season all-rounder, it could be just the ticket.

Pros: RTF tall fescue is a super low maintenance grass. It’s a slow grower, so won’t be needing to be mowed every weekend. Its roots reach down to a depth of 6+ feet, making it particularly drought resistant. It can take hold in low fertility soil, and is very tolerant to shade.

Cons: Fescue has a reputation to be a scratchy grass, and may not be ideal if you plan to roll around on your back lawn in summer. It also can be somewhat susceptible to pests and disease, particularly when the soil is waterlogged.

There are many other options for those in Central NSW, such as bentgrass, ryegrass and buffalo, so if you’re unsure of what would best suit your situation, or have any questions on the grasses discussed here, be sure to contact the friendly team at McKays.