The 4 Best Uses and Applications for Zoysia Grass

A variety of Japonica that is perfectly suited to Australia’s tropical climates, Zenith Zoysia is an incredibly hardy and beautiful warm season grass. It’s a variety that is indigenous to South East Asia and the north of Australia, and as such has evolved to deal with the often extreme and inhospitable climates that can be found in the tropics.

So what are the recommended uses for this stunning turf? Here are four of the best. 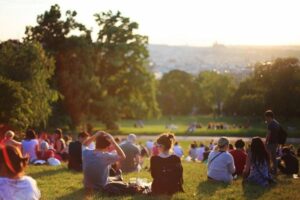 Zoysia grass is everything you want in a front or backyard turf. It’s beautiful, with a bright green hue that will have your lawn being the talk of the neighbourhood. Its blades are soft and its mat is dense, making it the perfect grass for your kids to play on. It’s also slow and low growing, so you won’t need to get your mower out nearly as much as with other warm season lawns. This also means that while your Zoysia will spread via its rhizomes and stolons, it won’t overtake flower beds and veggie patches in a hurry, particularly if the lawn has a sturdy barrier around it.

As stated above, Zoysia is a stunning grass. For that reason it is a favourite of the golfing world, having been used at a range of courses throughout Australia’s north. It has the ability to act as turf on the fairway, a longer grass in the rough, and even as a low shorn putting green. Once again, the slow growing nature of Zoysia allows maintenance crews to mow less than they might otherwise need to, and the surprising shade tolerance – a rarity for a warm season, tropics-loving grass – means that the patches between the fairways and in amongst the trees won’t go bare.

Zoysia has excellent traffic tolerance. Despite feeling incredibly soft underfoot, the density of the mat and the hardiness of the blade actually make Zoysia fairly difficult to harm. As such, the sports clubs of northern Australia absolutely love Zoysia. Whether it’s used on the crash-and-tackle pitches of Aussie rules and rugby, the super-flat surfaces of a cricket field or the centimetre-perfect mowing efforts of a bowling green, Zoysia will be able to handle almost anything you can throw at it. It must be said, however, that due to its comparatively slow growth rate, big divots can take a little longer to cover over than they do with other turfs. 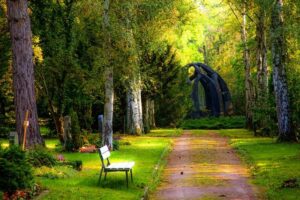 Zoysia is the ultimate combination of beauty and hardiness, which makes it perfect for commercial landscapes. If you want something to look great, but that doesn’t need the sort of upkeep that you associate with a Victoria’s Secret model, look no further. Drought, traffic, pest and weed resistant, you can set your Zoysia down in a commercial setting and almost forget about it.

Just remember that, as with any turf, the more effort you put in the better the lawn will look. Sure, it’s hard to kill Zoysia, but to get it looking its best a solid maintenance routine is required, including mowing, irrigation, fertilisation, aeration, weeding and dethatching.

So all in all there aren’t many applications that Zoysia won’t be able to handle. Provided you find yourself in the tropical north, Zoysia is a worthy contender in almost every conceivable way.

If you want any more information on whether Zoysia is the right choice for you, don’t hesitate to contact the friendly team at McKays.

If so, please click here to view the store servicing WA.
Otherwise, click anywhere else (or hit ESC key) to shop for all other states in Australia.

View Cart Checkout Continue Shopping
Shopping cart
There are no products in the cart!
Continue shopping
0